Holidays on the coasts of Instagram – UGC & Influencer in Tourism Marketing

Holidays on the coasts of Instagram – UGC & Influencer in Tourism Marketing

Social media accompanies us everywhere. Even on holidays, platforms like Instagram and Facebook are omnipresent. No matter if it is the video recording of your surf holiday on Sylt or the photo of the Mediterranean delicacies from Italy – we like to share with others what we experience on our travels. Conversely, we also like to be inspired on social media for the next vacation. Nowadays companies and regions send more and more influencers traveling. Regardless of whether it is private users or influencers who create social media posts on holiday, there are many opportunities for marketing communication to use these posts. To illustrate this, we took a closer look at the possibilities of using user- and influencer-generated content (UGC) effectively in the tourism industry.

There are a number of studies on the effectiveness of UGC compared to proprietary content. In the process, these essentially come to similar conclusions: (potential) customers perceive UGC more authentically than brand content. The content of social media users is receiving more attention than a smiling family with a dog on the billboard.

So it makes sense to use this content for your own marketing communication, this can be done in different ways. Pictures, videos or texts can be used as well as professionally created content – online and offline. This is how brands benefit from the authenticity of the contributions and the reach of the various distribution channels.

Destination Canada shows how creatively social media content can be used for one’s own communication. By smartly using UGC, the organization was able to increase its reach enormously.

The highlight of the creation was that Destination Canada did not call for the creation of content, but used the wide range of already published UGC from and about Canada. For this, the company has secured the rights of more than 2,500 photos and videos within two weeks. Several short videos were created under the name Found in Canada . The videos were used as pre-rolls on various social media platforms. In addition, Explore Canada shared the videos via its own social media channels, generating more than 3 million clicks within a week. 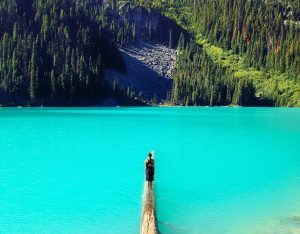 Influencers now account for a large proportion of user-generated content, and in the tourism industry too. Collaborations with influencers have become very popular. Such a collaboration can bring many benefits. Influencer content is not only perceived as authentic, it also benefits from the higher reach that is achieved through the influencers’ social media channels. In addition, content is often carefully produced and therefore of high quality.

Thus, influencers combine the benefits of UGC and professionally created brand content. On the one hand, they are perceived as authentic and credible and, on the other hand, they show the quality of professional content.

The example of Moxy Hotels shows how to effectively use influencer content for own brand communication and what a successful influencer cooperation looks like.

The hotel chain Moxy Hotels, together with YouTube influencer Taryn Southern, has developed a video series called Do Not Disturb. In the video series, Taryn Southern interviews other influencers in a Moxy-hotels typical room. The YouTube series was even so well received that the hotel chain decided to produce a total of 11 episodes. Overall, the videos generated over a million clicks. Thus, the hotel chain has shown how a high reach can be generated with a good idea and the right content. With YouTube, they also chose the perfect social network for the influencer campaign. 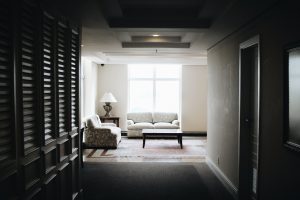 The tourism industry provides the perfect conditions for integrating UGC into your own brand communication. Especially when traveling, private users produce a lot of content that documents their close up-experiences. The stories that are created are authentic and can be reused for your own brand communication. Collaborations with influencers can also be worthwhile, embedded in a well thought out and creative campaign.